Every developer has a set of development tools which they use on a regular basis. Below is a list of my top three tools, why I use them, and how they benefit me. In the list below I haven’t included code editors, IDEs, or extensions to IDEs. Please note: this may disappoint many of you who are expecting something “advanced” or “funky”. 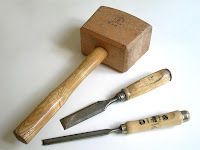 Git has become the VCS of choice these days, and I have previously advocated that those who use git should primarily use it from the command line. It does get annoying after a while doing a git status simply to see which branch you’re on, or how far behind you are in respect to your tracking branch. Why I like using the posh-git prompt, is because gives you a representation of your state as part of a console prompt.

LINQpad is probably one of the best tools out there for C# developers. I use it primarily in a few ways. The first, is using it to communicate with data stores. The second, is using it as a quick way to validate my understanding of framework method calls. Finally, I use it to micro-prototype algorithms I’m writing.

cmder is a great console emulator. It can customise fonts, colour, and transparency. What I use the most is the multi-tab feature, where I can have git on one tab, front-end build tools running on another, and another for traversing my file system.

The above may come as a disappointment to some. You might ask “these are simple tools, they don’t do much”. That’s probably true, I’ve always liked to keep things simple and have minimal abstractions when developing against a particular platform. It’s a personal preference!