There are many advantages associated with monorepositories including (among other things):

In this post, I’ll demonstrate how to setup monorepositories within Azure DevOps.

All code for this post is hosted here: https://github.com/RaphHaddad/monorepos-example

I’ve got an example README.md file for monorepositories here: https://gist.github.com/RaphHaddad/649d58e7fc18cb26cb10b2d6e49f0cdc 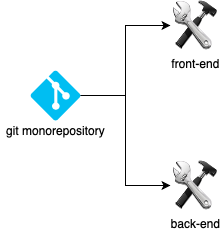 For example: suppose a monorepository has two folders front-end and back-end and I have two builds CI front-end and CI back-end. If I committed code to the front-end code-base then only the build CI front-end should be triggered and not CI back-end. This is achieved in Azure DevOps by having two different azure-pipelines.yml files one for each build with an explicit inclusion path.

To achieve this behaviour you’ll need to create a build definition for every code-base for which you need a build. In our simple example, there are two code-bases. A front-end and a back-end code-base, below is the example of the back-end. Pay close attention to the trigger part of the YAML build definition, this is telling Azure DevOps to only run a build if any changed files match the following path /back-end/* (where * is a wildcard character).

The next step will be creating the pipelines themselves. The steps can be found on Microsoft’s Docs. Once you get to the Configure stage, select Existing Azure Pipelines YAML file. You will see a drop down of all the YAML files in the repository. Create a pipeline for each YAML file. 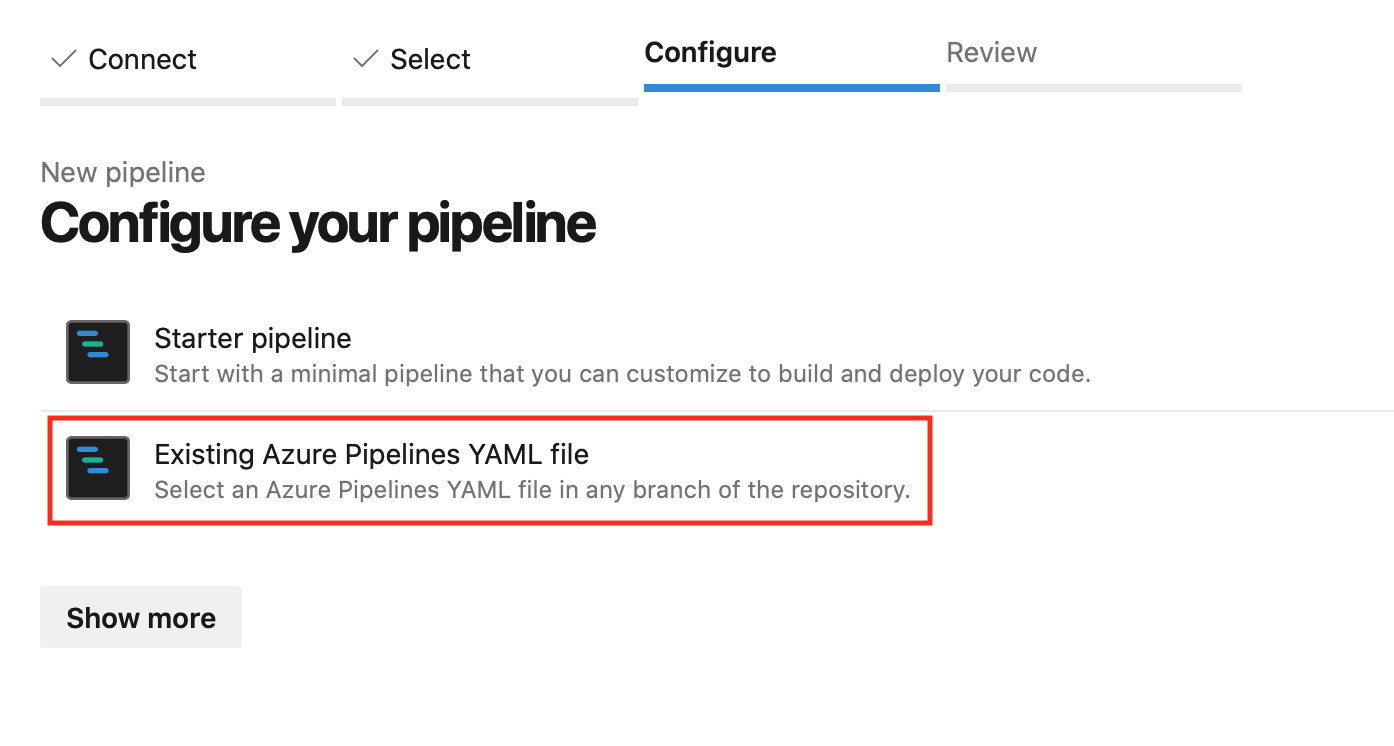 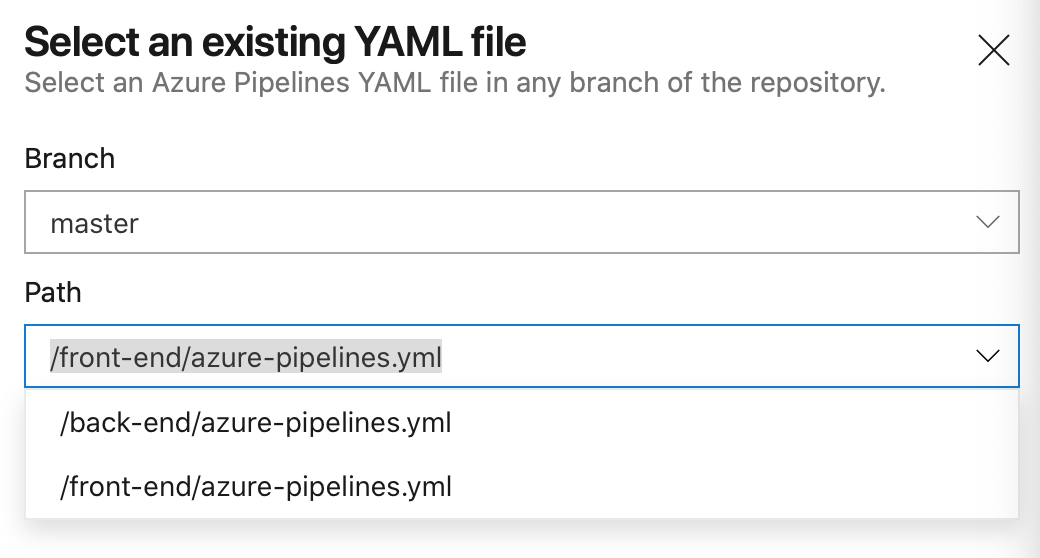 Similarly, if code is committed and pushed into the back-end folder, then only the build for the back-end will be triggered.

And finally, if code is committed and pushed into the back-end and front-end folders, then both builds will be triggered.

The advantage to this approach is that:

Ensuring a build is run before a change is merged into master is a practice that teams should employ. It shifts testing to the left and minimises the risk that the master branch isn’t able to be deployed. Whilst it isn’t within the scope of this post to discuss the strategies of pre-merge builds, generally, having a subset of automated tests run prior to the merge into master strikes a good balance between speed of code integration and confidence in the resulting artifacts.

To achieve the desired pull request policies on Azure DevOps a Path filter must be set on the master branch for each code-base in the monorepository.

In the case of the example repository above:

The result of this is similar to the CI trigger, however, the builds are run prior to the merge into master.

Developers often need to check the change log of a particular code-base. In a monorepository setup, this can be achieved by using the git log command followed by the code-base that is under examination.

For example, the history of the front-end code-base in the above example would be: