Modern human resource departments dread the word “hierarchy”, companies happily boast of their “flat structure” in job advertisements, and national leaders are disparaged as being out of touch. However, when is a bit of hierarchy actually good? When is it worth it?

My personal issue isn’t with hierarchy. It’s with excess, unneeded hierarchy. Hierarchy can be good as it means the higher up the individual goes, the more responsibility they have. Problems arise in organisations where individuals in higher levels of a hierarchy do not have much responsibility and thus do not do much work. 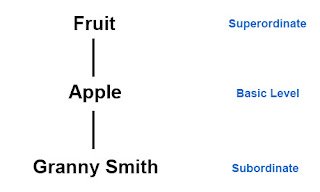 An example where heirarchy is needed is when a large organisation has many systems that integrate together, but no individual or team that is able to understand how these systems integrate, or a situation where team members are unsure of where to raise issues.

In these situations, people are left stranded. There is no one actually responsible for the wider system (what if one isolated change breaks other sub-systems?), and no one visible that has authority to help people out if they have any specific issues.

This problem can be solved by having a (low granularity) hierarchy, as it solves the following two problems:

1. Protection of the Team

Some of the best managers I’ve worked with are those who were able to protect the team. They would absorb all the pressure from executives and stakeholders, and be able to prioritise and present urgencies in such a way that didn’t put excessive amounts of pressure on the delivery team.

While it’s ideal that teams ‘self-organise’, and come up with solutions and decisions to technical problems. Often the time associated with making these decisions based on consensus isn’t worth the decision itself. Examples of this include: authentication mechanisms (oath vs saml vs jwt), contracts, protocols, infrastructure (Linux, Windows), and tech (C#, Java).

Finally, having an excessive hierarchy isn’t a good idea for many reasons. Many of which have been articulated in other places. However, having a degree of hierarchy can actually be quite useful as it makes decision making quicker and helps protect teams from outside pressures.